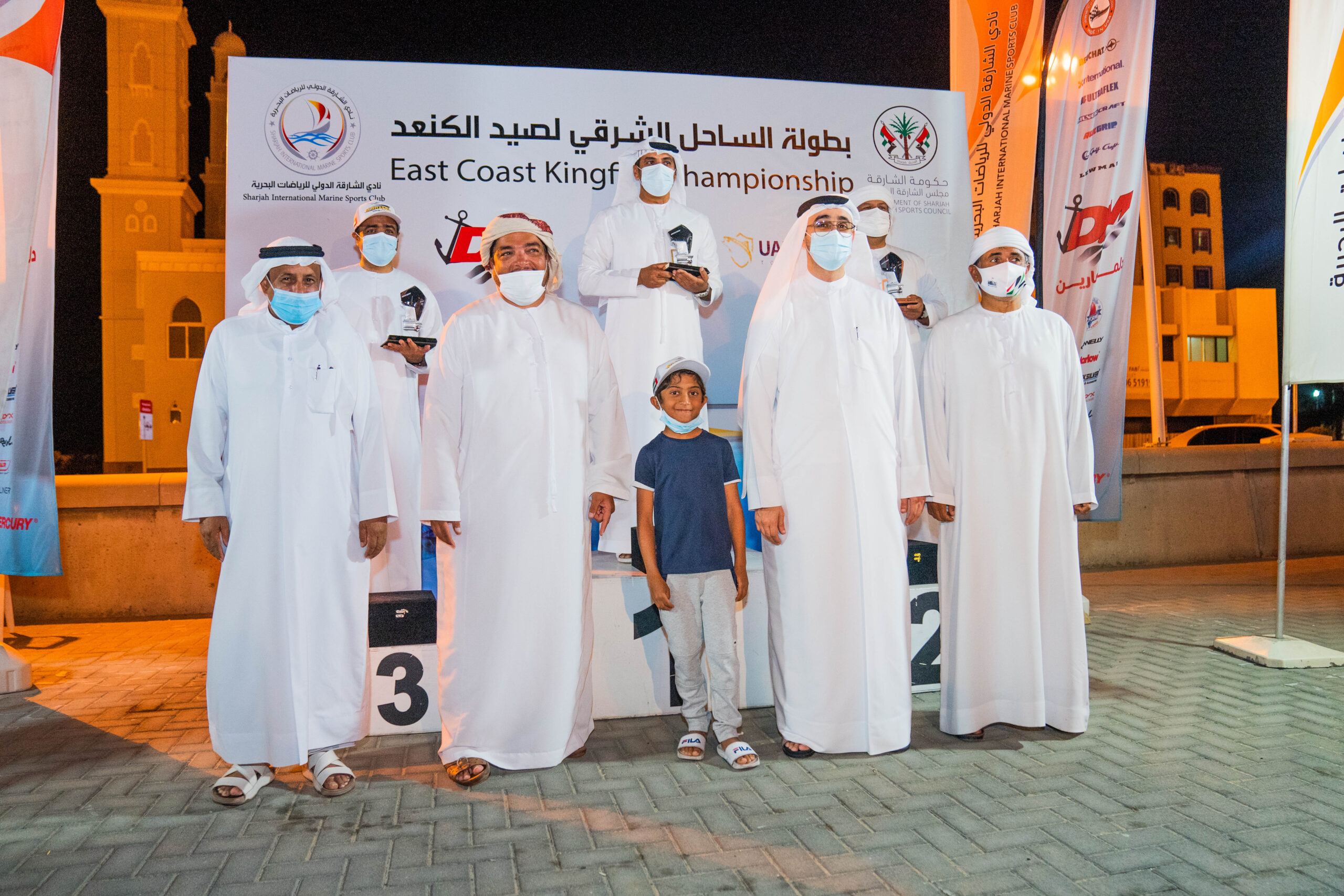 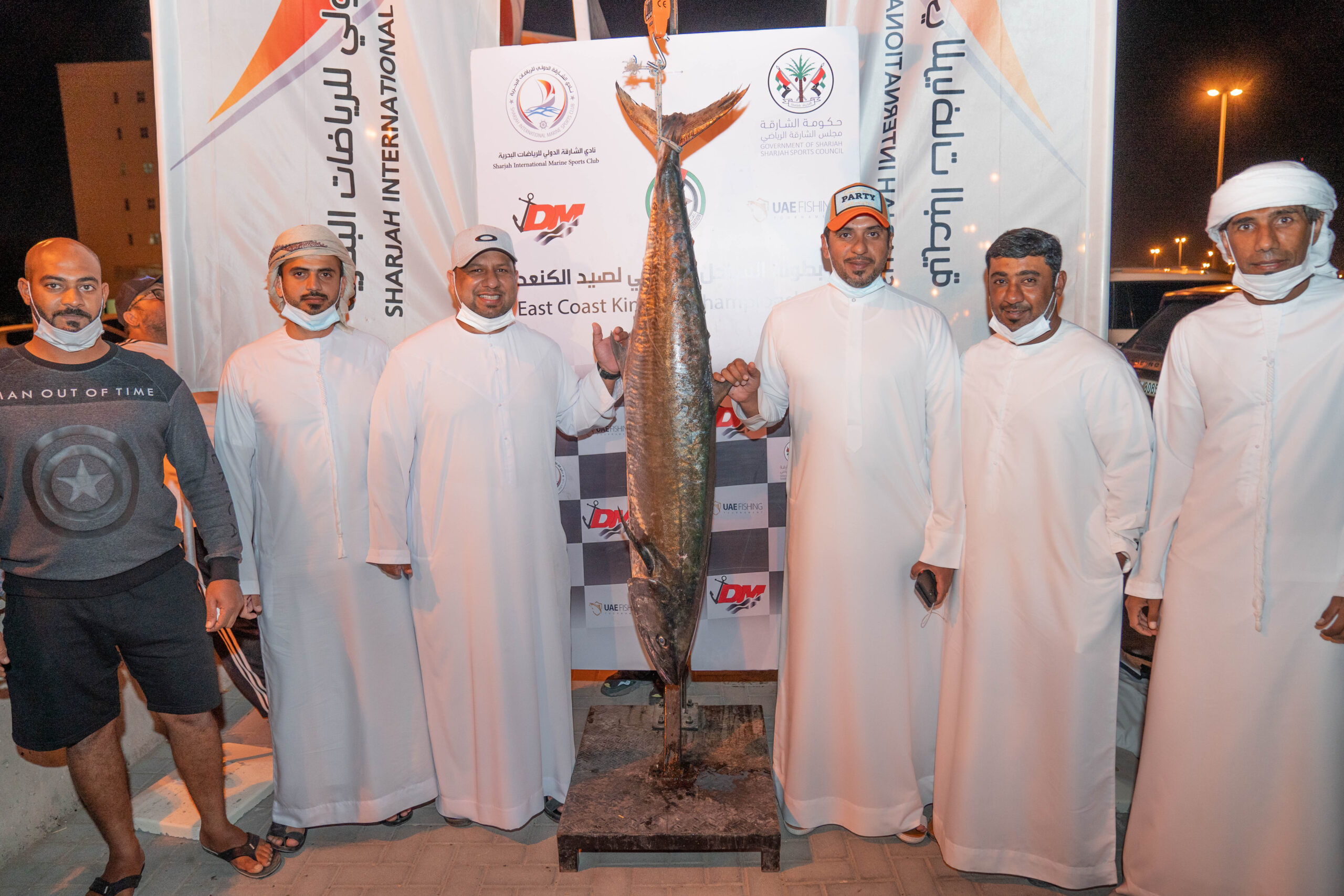 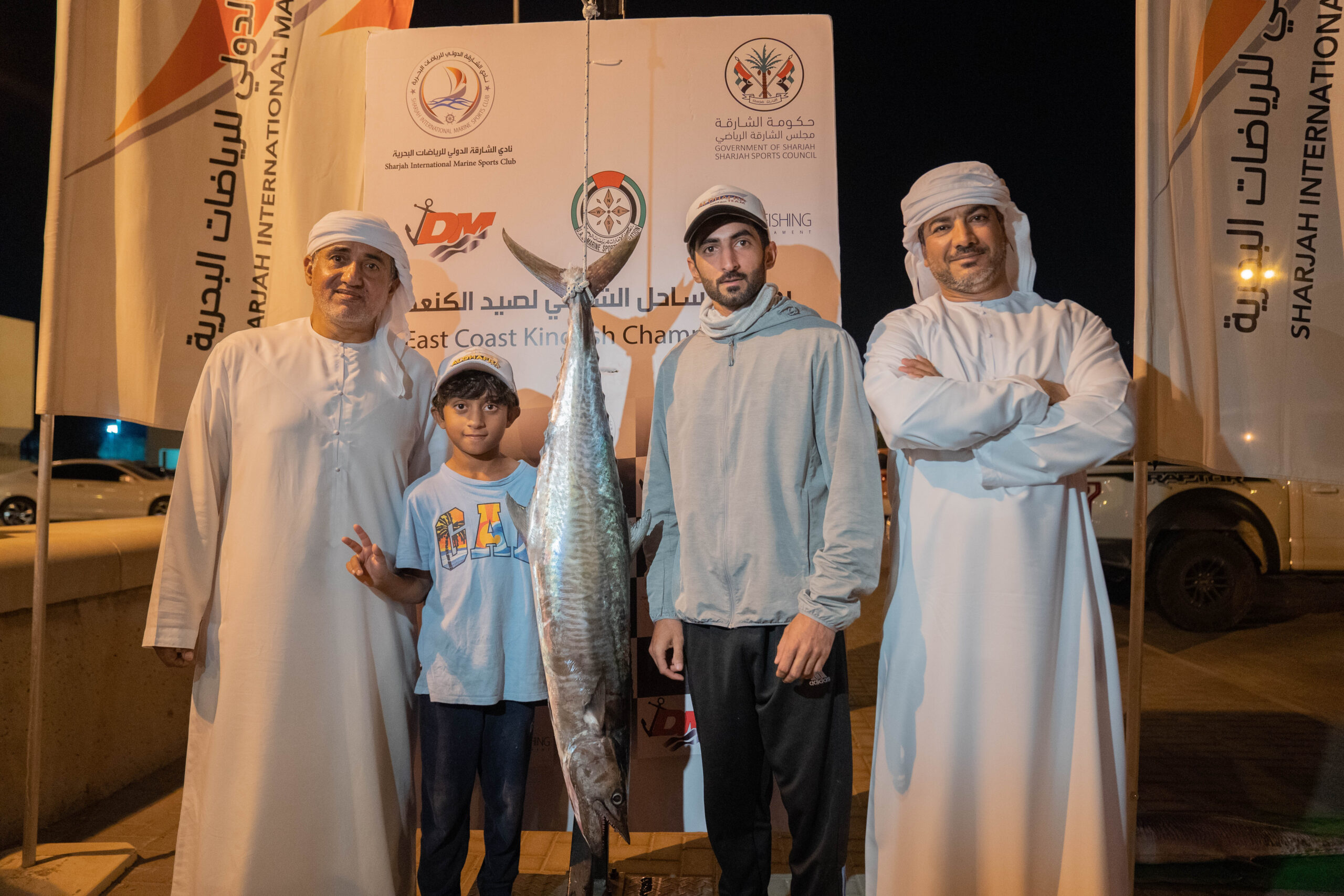 Khalid Jassim Al Midfa, Chairman of the Sharjah International Marine Sports Club, crowned the champions and stars of the East Coast Kingfish Championship, which took place over a whole week in open waters between the cities of the East Coast from Kalba to Dibba Al Hisn with the participation of 107 fishermen who competed enthusiastically over the course of 7 days to hunt the largest catch of kingfish, which is famous for the beaches of the Emirate of Sharjah, specifically between the cities of Kalba and Dibba Al Hisn, with the aim of winning to earn the first places.
At the end of the competitions, the contestant, Ibrahim Issa Mohammad, succeeded in settling the first place after catching the largest fish weighing 36.60 kg, followed in second place by contestant Amin Salem Abdullah with a fish weighing 29.05 kg, and the contestant Ahmed Khalfan Al Mazroui with a fish weighing 24.5 kg in third place.
The Organizing Committee was also keen to honor the contestant, Khalifa Al Muhairi, as the youngest contestant in the event, in encouragement for him and others like him from among the young fishermen, and the fishermen who obtained positions from the fourth to the twenty first place were also honored.
For his part, HE Khalid Jassim Al Midfa, the club’s president, affirmed his great happiness with the success of the event that took place in conjunction with the country’s celebrations of the 49th National Day of the UAE, and praised the enthusiasm of the participants and the efforts of the organizing committee.

“Sharjah Marine” Participates in the International Day for Older Persons